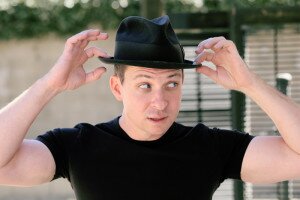 Jason Andrew Narvy is an accomplished film and stage actor from Los Angeles, CA. Between 1993 and 1999, he portrayed the role of the comic villain “Skull” in over 300 episodes of Fox television’s Emmy-nominated Mighty Morphin Power Rangers and its spin-offs, Power Rangers Zeo, Power Rangers Turbo, and Power Rangers in Space, as well as 40 episodes of Fox Television’s Masked Rider as the voice of “Chopper.” While under contract with Fox, Jason also filmed two feature length films under the MMPR franchise, Power Rangers: The Movie and Turbo, as well as leads parts in two pilots for Fox/Family, Men in White and The Bulk and Skull Show. In recent years Dr. Narvy has turned his attention to directing, theater, and the academic instruction of acting, earning of Masters in Shakespearean performance with the American Shakespeare Center and a PhD with University of California, Santa Barbara. He is now based in Chicago where he is chair of the Department of Theater at Concordia University Chicago and working with theaters companies such as Chicago Dramatists and Babes with Blades.